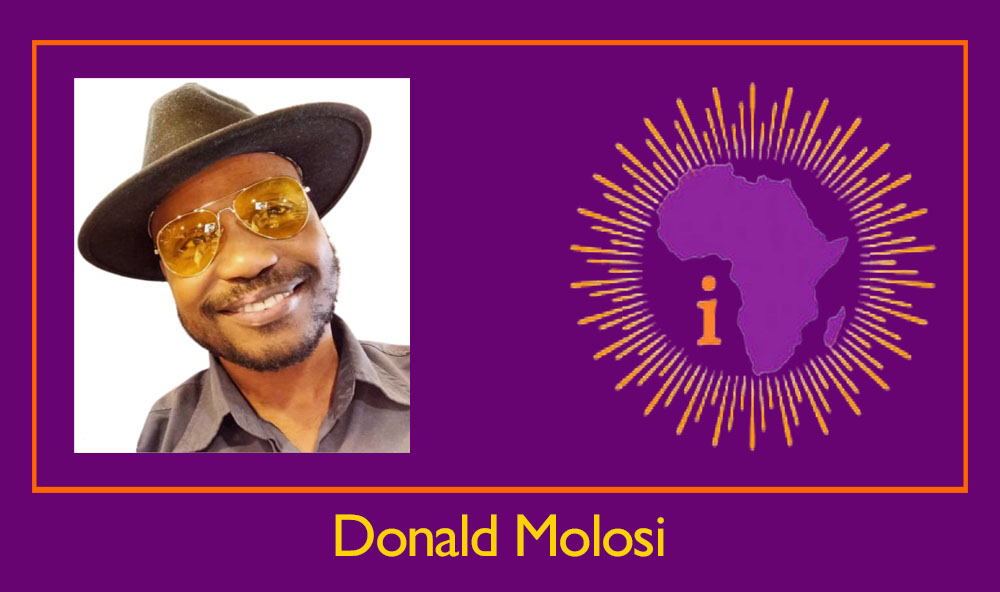 Donald Molosi is an award-winning actor in film and theatre based in London. Molosi has written and performed original solo shows off-Broadway to great critical acclaim. When he premiered his 2010 show called Today It’s Me, Molosi made history as the first person from Botswana to perform in New York City’s prestigious Theatre District. He followed it up with Blue, Black and White in 2011 which won him the Best Actor Award at Dialogue One Festival and the Best Solo Award at United Solo. In 2016 Molosi published his off-Broadway plays in a collection called We Are All Blue which won the African Authors Award in the Best Narrative Category and is currently taught in universities around the world.

To commemorate his 21-year career in theatre, in 2022 Molosi will debut his drag queen alter-ego called Dumêla Fella in London’s West End. Dumêla Fella is the first mainstream drag queen from Botswana. Molosi’s film credits include A United Kingdom, opposite Academy Award nominee Rosamund Pike, the award-winning 2064 and the upcoming Boy Boy filmed in London and Gaborone. Molosi holds an MA in Creative Writing from Brunel University London, an MA in Theatre and Performance Studies (University of California, Santa Barbara), and a BA in Theatre and Political Science from Williams College.

He trained in Classical Acting at the London Academy of Music and Dramatic Art (LAMDA).